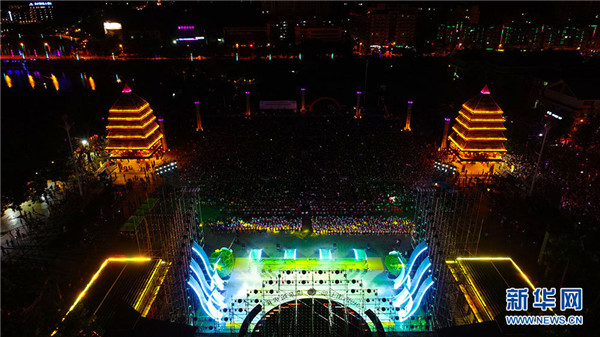 A special dance is staged to display Baoting's culture and local customs. [Photo/Xinhua]

People in Baoting Li and Miao autonomous county of Hainan province are ready to stage a great water festival on Aug 7 to mark the traditional Chinese Qixi Festival.

The Double Seventh Festival, or Qixi Festival, falls on the seventh day of the seventh month of the Chinese lunar calendar and is observed as Chinese Valentine's Day. On this special day, the ethnic groups in Baoting Li and Miao autonomous county would organize a festival to attract tourists and residents to play with water.

The water-themed festival, an annual folk celebration by the local ethnic groups, has been held 18 times. It originated from the beautiful legend of the Seventh Fairy Maiden (the youngest daughter of the Jade Emperor) who went to Baoting, and forged a deep bond with the local Li and Miao people by teaching them all kinds of production methods. Therefore, locals in the county developed the custom of offering water sacrifices to celebrate and offer blessing to the Seventh Fairy Maiden on Qixi Festival, the only day on which she was allowed to meet her lover Niulang. 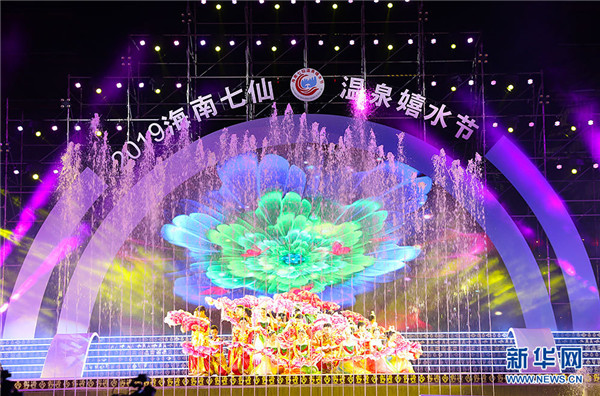 A special dance is staged to display Baoting's culture and local customs. [Photo/Xinhua]

Apart from playing with water and enjoying water games, young people at the festival sprinkle water on the ones they have a crush on to express affection.

This year's water-splashing festival is scheduled to be hosted on Aug 7, beginning at 9:40 in the morning.

"We sincerely invite all visitors to come to Baoting to taste the wine of the Li ethnic groups, enjoy the unique Li and Miao ethnic cultures, bathe in the rainforest hot springs, and visit the mysterious tropical rain forest," said Fu Lanping, head of Baoting Li and Miao autonomous county, during a promotion speech for the festival.

On Aug 6, the county staged a grand evening gala as a supporting event for the water festival, with artists performing dances, folk songs, and allegro to display Baoting's culture, folk customs,  and tourism offerings.